Continued from Part One , Part Two and Part Three

Jody begins his adventure in search of his baby brother.  He carries a photo with him to show what Josh looks like.  (Yes, Maxine had picked the correct name for the baby boy.  His actual name is JOSH!) 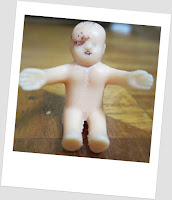 Jody wanders NOL-NOC Estates and runs into a mountain goat.  Jody asks the goat if he has seen Josh and the goat replies that he too is lost.  He has accidentally meandered off his mountain.  He is separated from his herd. 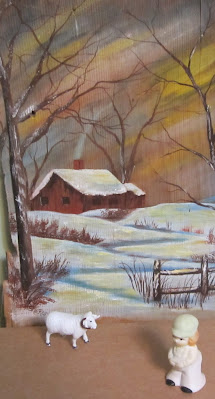 Jody points to the mountains behind the cabin and tells the mountain goat he will find his herd there if he walks straight north.  The goat is happy and says he will keep his eyes open for the baby Josh.

Jody roams along only to confront a second goat.  This little billy goat is planning to butt Jody from behind. 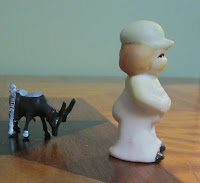 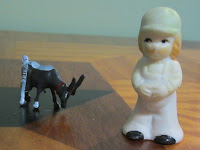 Jody turns quickly and warns the little black billy goat to keep his distance.  Then Jody shows the young goat the picture of Josh.  Sadly this goat has not seen the baby either. 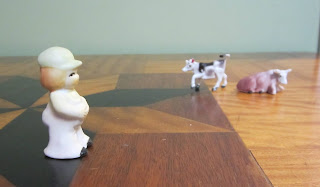 Jody sees a couple of cows in the distance but decides not to approach them.  They might not like him invading their field. 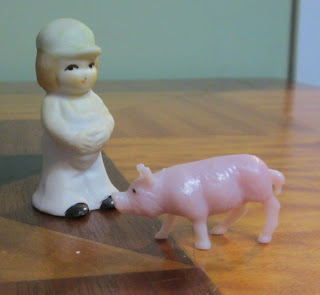 Finally Jody runs into a pretty pink pig.  Jody shows the pig the picture of Josh.  The sweet pig exclaims that he has actually seen the baby.  It is in the house with Fred and Maxine.  "Who are Fred and Maxine?" Jody implores.  They are the Book Shelf Garden Gnomes.  You have to get in that big door over there to go see them.

Jody wonders, "How can I open that huge door? Maybe I will need Julia and Juniper to help me."