ONE WEEK FROM TODAY OR NOT

Hopefully one week from today the Presidential election for 2008 will be over. However I got out my 2000 journal to recall these excerpts from my regular entries:

11-8-2000 Yesterday was election day but we still await totals due to recount in Florida. Don't know if Bush or Gore won.

11-24-2000 We still do not have a President-elect of the United States. Unbelievable! Chads, dimples and pregnant ballots will become buzz words of the 21st Century.

11-27-2000 George Bush and Dick Cheney have accepted Pres-elect and VP-elect and we would like to think this is the end but Gore and Lieberman still plan to contest the vote count in Florida.

The rest is history. Surely this time we can avoid all those pitfalls and recounts and know the results one week from today.

MEANWHILE TAKE YOUR MIND OFF THE ELECTION WITH A STROLL AROUND MY YARD AND ENVY ME:-) 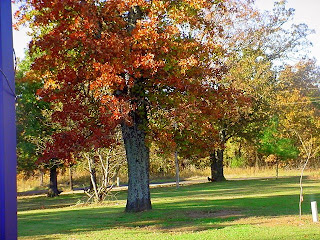 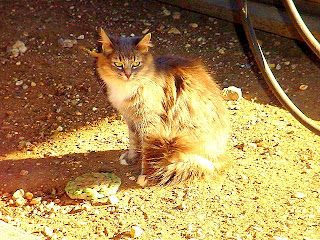 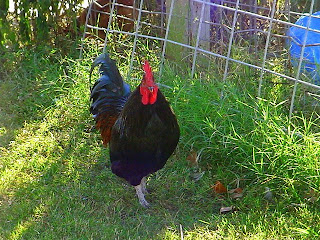 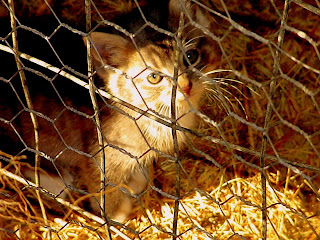 By the way, Legs is no longer. He disappeared two days ago. We would like to think he was battling for the flock. Instead of Elvis taking Legs' place, Caesar (pictured above) has taken charge. Somehow I knew he would be great someday. He is our youngest rooster. Hannah is the big cat pictured and the kitten you see should be named Serendipity because I didn't know it existed.
P.S. Every parent and grandparent MUST read Karensugarpants I Am A Rich Woman today.