Question(s) Of The Week 12-24-12
Already answered for you.
Merry Christmas and Happy New Year! 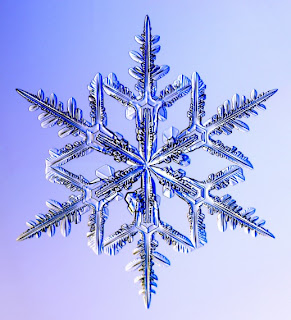 Where did the saying "Jimmy Christmas" come from?

"Jimmy Christmas" or "Jiminy Christmas" is a direct reference to Jesus Christ and dates back to 1664, when it was first recorded as "Gemini," a twist on the Latin phrase Jesu domini. The name of the Walt Disney character Jiminy Cricket was probably based on this phrase.


Is the Christmas tree a Christian symbol? Where did it come from?

Decorated trees were used in winter celebrations long before the advent of Christianity. Plants and trees that remained green all year had a special significance for people who lived in cold-winter climes.

Ancient people hung evergreen boughs over their doors and windows. Some believed that evergreens kept witches, ghosts, evil spirits, and illness away. Romans decorated evergreen trees with trinkets and topped them with an image of their sun god. Druid sorcerers hung golden apples and lit candles on oak trees to celebrate the winter solstice.

It is generally agreed that the use of an evergreen tree as part of Christian Christmas celebrations started 400 years ago in Germany and spread to most of northern Europe by the 19th century.


How can we keep our cat away from our Christmas tree?

Folks have suggested a lot of things over the years, and you may have to try several until you find a method that fits your cat's personality. The most direct route may be to keep your cat out of the room where the tree is.

If that's not possible, try lining the tree's lower trunk with aluminum foil. Some cats hate the sound and feel of it and won't try to climb up with the foil there.

Another trick may be to keep a pot of ryegrass or catnip near the tree to act as a diversion. Cats may respond to loud noises or the popular method of spraying water at them when they begin to attack the tree, but we've found that their little cat brains forget this message pretty quickly, and they're soon back to cause trouble again.


In what language and what era was the word Yuletide used for the Christmas season? How did the word originate?

The word Yuletide originated from the word Yule, which was recorded In Latin writings as early as A.D. 726 At that time, the form of the word was guili. Both terms refer to a 12-day pagan feast celebrated around the time of year that has come to be known as the Christmas season.


Scholars can't agree on exactly when Christ was born, but how long has Christmas been celebrated on December 25?

The exact circumstances of the beginning of Christmas as we know it remain obscure. The oldest existing record of a feast to celebrate the birth of Christ is in the Roman almanac called the Chronographer of 354 or the Philocalian Calendar.

This almanac noted that a festival commemorating Christ's birth was observed by the church in Rome in the year 336. Chronographers of the third century were the ones who reckoned December 25, around the winter solstice, as the most likely day of Christ's birth.

Many historians believe that the church stirred up interest in a festival at this time of year to counter the pagan festivals surrounding the solstice, but no historical document proves Rome's involvement. The record shows that such a festival was adopted throughout the Christian world by the year 458. The word Christmas comes from "Christ's Mass."


Where does the saying "I wish you Godspeed" come from?

This dates back to a 15th century song sung by English ploughmen on Plough Monday, the first Monday after Twelfth Day, the end of the Christmas holidays. Before farm laborers went back to the fields, they dressed all in white and went from door to door drawing a plough and soliciting "plough money" to spend on a last celebration. The song lyric "Godspeed the plough" expressed a wish for success and prosperity and was soon shortened to just "Godspeed".


How long have people been sending out Christmas cards?

The first Christmas card is thought to have been printed in England in 1843. Wood engravers of the time often produced prints with religious themes, but this was the first time anyone produced these prints in quantity and sold them (1,000 copies in London). The design was of a family party, beneath which were the words "A Merry Christmas and a Happy New Year to You." In the mid-19th century in the United States, the owner of a variety store in Albany, New York, produced a card carrying Christmas greetings from "Pease's Great Variety Store in the Temple of Fancy."


How did the custom of giving Christmas presents originate?

The ancient Romans gave each other gifts on the calends (first day) of January, and the practice spread throughout the Roman Empire. Eventually, Christians moved the custom to December 25, although many Christians still give gifts on January 6, the feast of the Epiphany, commemorating the manifestation of Jesus' divine nature to the Magi.

Do you know other questions and answers about Christmas?