O WHAT A NIGHT 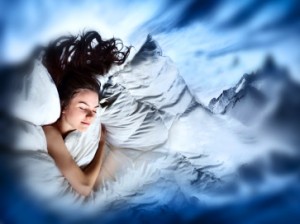 By now most of you know that I can have some pretty weird dreams.  Here's a doozy for you.

Last night I dreamed that my Aunt  (deceased) called me.  She was in Michigan and had learned that she had some illness that required her to have a vasectomy. (Not a clue)  My sister came to my house to await our Aunt's  arrival because she believed our mother (also deceased) would want us to be supportive of this Aunt.

My sister arrived in a big flat bed truck with her yellow lab chained up on the back.  The neighnbor's dog jumped on the truck and got tangled in my sister's dog's chain.  My sister and the neighbor were going to free the dogs and Sis asked me to hold her cell phone and warned me to watch out for snakes. (?)

There was immediately a call from the operator saying Sis had  200 incoming calls.  Did we want to accept them because doing so would cost $200. Sis said to accept them because she was curious. I tried to discourage her from taking the calls believing they were from prisoners or some kind of spammers but she insisted.
Meanwhile my back yard was filling with baby snakes, fat and only about 2 inches long while the house was filled with square spiders that changed shapes and made all sorts of patterns as they moved across the floor.  Plus there was a long black snake on the neighbor's porch.  She told us it was called a Pit Bull Snake. I ran away and the snake followed me so I held up a pillow to ward off the attack.

Without going to a dream interpretation site, feel free to explain this dream if you wish.   I might add that I am currently reading ODD THOMAS by Dean Koontz which could explain a lot.
Posted by Granny Annie at 8:35 AM