What odors awaken special loving
memories for you?

One blogger told a story about some problems with neighborhood kids. Her story jarred my memory. This is another juvenile delinquent story.

We moved into a government subsidized housing project soon after my divorce in 1975 and our eyes were opened to a whole new world. The neighborhood bully was all of 5 years old. His name was Ray.

Ray was a dirty, tiny little guy with tough talk and facial expressions that would give cold chills to the most hardened criminals. I did not want my three and four-year-old son and daughter to play with Ray, but in this type of melting pot atmosphere there were hardly any choices. Keep your kids in the house all the times or let them out and hope you could keep them in your sight.

I did get up the nerve once to tell Ray he was not welcome on our sidewalk. Yea, right. He took another drag on his cigarette (I kid you not) and rode off on his bicycle laughing.

Soon after that my son's bicycle disappeared. I offered a small reward for the return of the bike and, believe it or not, Ray found the bike, returned it, collected the reward, and then my son's bike mysteriously disappeared again. Did you guess the same thing I did? I'll always be sure Ray took the bike both times. That was when I nicknamed Ray The Godfather.

My son's fifth birthday approached and I told him he could invite five friends. Our apartment was small and there would not be room for more. Word got out and 22 neighborhood children showed up for the party. They all brought gifts. Each had selected something of their own to give and were delighted to have the chance to attend a real birthday party. My mother was there and managed to organize the children, teach them games and divide a small cake in nice portions for each child.

I looked out the window and could see The Godfather circling the block on his bicycle. He knew we had a party going on. I stepped outside and invited him in. He took off at a rapid pace and said he wasn't a bit interested. The next time he came around the corner I stepped out with a small piece of cake and assured him there wasn't any harm in sharing a piece of my son's birthday cake. Ray took the cake and shoved it in his mouth. There were a couple of piece of hard candy on the plate and he shoved those in his pocket and rode off with icing smeared on his already dirty face.

That evening, after the party had ended and all the children had gone home, we had a knock at the door. I opened the door to Ray who was holding a nice, new little toy car. He brought this gift to my son for his birthday. It is doubtful The Godfather could have produced a sales receipt for this fine car, but I decided it was best not to inquire. We never had any problems with Ray after that day and my children were granted protection for the next three years until we moved. I will always wonder what happened to Ray. He either ended up in prison or he is CEO of some large corporation.
Posted by Granny Annie at 10:26 AM 10 comments: 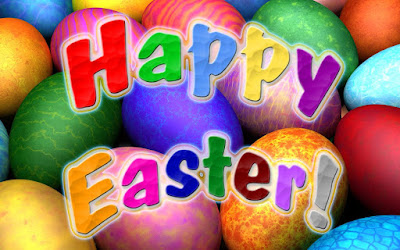 Click to enjoy the happiest video ever.  Thanks Judy for sending to me:-)


Do you take in your teenage child's friend who claims
horrible parental abuse?
Posted by Granny Annie at 8:06 AM 20 comments:

Sheila went to the hill-top hoping to gaze on a pride of lions resting below.
She had taken her dogs because she wasn't feeling all that brave.

She saw the adult male lion rolling in the tall grass as if he were a kitten. He heard
a twig snap under Sheila's foot and his sudden change of stance was very
decisive. This misstep had thrown a wrench in her plans of stealth.

Sheila began to shake as a bad feeling overtook her. She quickly was able
to scribble a note to attach to one of the dog's collars and gave it the
command to return to camp. Hopefully help would arrive to back her up.

The frightened woman held perfectly still and saw the huge king lion distracted by
a lovely flower and she thought of Ferdinand the bull who would rather smell
flowers than attack anyone. She moved away slowly and got back before
members of their party would be alarmed and try to come to her aid.
Posted by Granny Annie at 7:17 PM 7 comments:


I am a great-grandmother. Our oldest grandson Joey, ( Ron's oldest grandson) is a new daddy. Oh how I wish Ron could see this beautiful great-grandson. Well, I'm betting he can:) Congratulations Joey and Melissa.  Cannot wait for more details.

DO YOU DON'T YOU

messymimi's meanderings gives us a multitude of things to read on her blog every day.  Favorites of mine are the unknown holidays that she lists for the day.  Did you know today is Bell Bottoms Day?  This brought up the memory of why those pants left my wardrobe.

The incident: My "then" husband dashed through an intersection with me riding on the back of our motorcycle. The sudden jerk (by the jerk) caused me to lose my balance.  My bell bottom trousers got caught in the foot peg.  I was hurled into the road but the bike peg held me and I was dragged for several feet. Many witnesses rushed to my side to make sure I was okay while my "then" husband was busy checking on the bike. 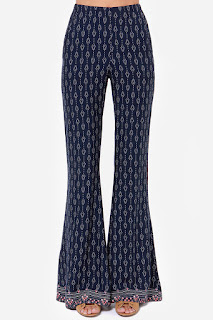 THE CANDY MAN CAN


Life is good for this single old lady. My two girl pals, Slim and Frankie keep me moving opening and closing the doors to let them in and out.

My most recent excitement came from the 2019 Iditarod. Ron loved this annual race so much. Now it has become a favorite of mine. It is easy to understand his attraction to the 1,000 mile dog sled run.

What would a SOL (Single Old Lady) do without the internet? What would a SOL do without TV? The only reason for me to go out of the house is to take the trash container out to the road on Tuesday evening and bring it back in on Wednesday morning. The cats need food and the guinea fowl need their corn. Once those duties are performed, it is back inside.

Walmart grocery pickup has become a delight.  Orders made from my easy chair at home and then a quick run to town to have it loaded in my truck and then it's back home.

Now it is time to decide what is next. Maybe I will go to the Senior Center for a lunch of meatloaf and mashed potatoes or stay home and eat soup.

Can you answer these trivia questions?  I will post answers tomorrow in the comment section.  Have fun.

1. Where did headlight dimmer switches used to be located?


2. The bottle top of a Royal Crown Cola bottle has holes in it. For what was it used?


3. Why was having milk delivered a problem in northern winters?

a. Cows got cold and wouldn’t produce
b. Ice on highways forced delivery by dog sled
c. Milkmen left deliveries outside doors and milk would freeze, expanding and pushing up the cardboard bottle top.


4. What was the popular chewing gum named for a game of chance?

a. Blackjack
b. Gin
c. Craps


5. What method did women adapt to look as if they were wearing stockings when none was available due to rationing during W.W.II?


6. What postwar car turned automotive design on its ear when you couldn’t tell whether it was coming or going?


7. Which was a popular candy when you were a kid?

a. To stiffen hair cut into a flat top so it stood up
b. To make floors shiny and prevent scuffing
c. On the wheels of roller skates to prevent rust