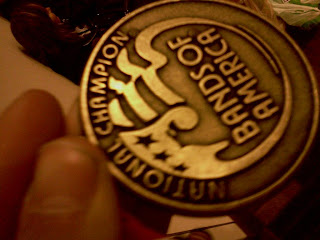 Grandson Dillon photographs his medallion. A win that finally comes his senior year. Granddaughter Beth, with two more years in the band, was seen crying when the camera panned in at the announcement.  Grandson Ryan, now in college, celebrates the victory for his siblings and "his" band.  It is not just a victory for the performers but for anyone who has ever been a member of the BROKEN ARROW PRIDE.  It is also tremendous victory for all the parents and family members who have supported this effort.

(I haven't talked to their dad yet, who chaperoned again this year, but I know that is because he hasn't stopped crying yet.) 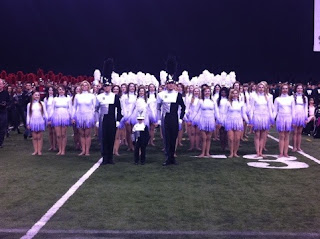 
The Broken Arrow Pride last won the championship in 2006.