FROM OUR HOUSE TO YOURS

HAPPY THANKSGIVING:-)
(Slim is the only one awake to join me in sending this wish. Precious family is scattered everywhere in slumber. Soon the place will be rocking.) 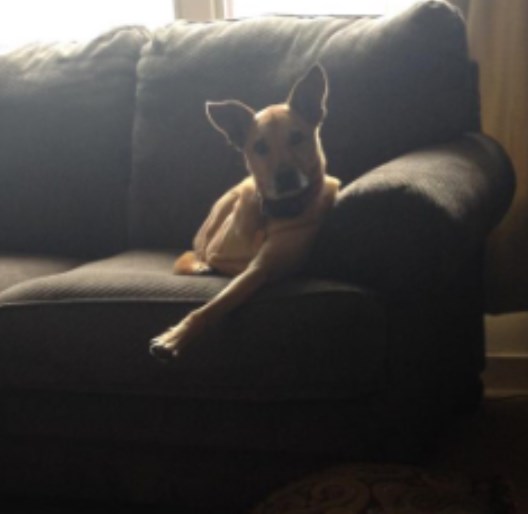 The question was, “When can you NOT come?” She was looking for a special party date and ask the intended attendees for this information. We provided our occupied dates which left her our free dates and narrowed it down to one day that we all would be available. The gathering was scheduled. There would be eight of us. All showed up.

It took place Friday. There was lots of hugging. There were lots of tears. There was a tremendous amount of raucous laughter. The delicious meal was hardly noticed for all the non-stop talking and remembering.

A little bank had been started in the 70's and we were the early crew. The founding President and his spouse had invited us to their home to talk about old times. It was a great feeling to recall when banking was fun, fair and honest. A time when loyalty had been a primary part of the hiring equation.
A time when trust had been a primary part of the bank and customer equation. A time before deregulation and “merger madness” when you would go to sleep working for one bank and wake up working for another.

The retired bank President, CEO and major shareholder of our little bank had called us together to say “thank you” for all we did to grow that little bank and his personal success.

We said “thank you” to them for bringing us together to remember a time when our career choices counted for something good and lasting friendships were formed.

Have any of you attended company reunions after retirement and were they good or bad experiences? If you haven't retired yet, do you believe you would ever attend such a reunion? Have you formed any genuine friendships among coworkers or only passing acquaintances?
Posted by Granny Annie at 3:59 AM 28 comments:

UNFAIR? I WILL SHOW YOU UNFAIR!!


SHOULD CHILDREN BE SHELTERED FROM UNHAPPINESS?

This is the funniest email I have received in ages.  Our blog friend RIOT KITTY sent it to me. Just have to share it to make you laugh too.  Don't skip it just because it looks long.  It is a fast and funny read.

5.
Blues cars: Chevys, Fords, Cadillacs and broken-down trucks. Blues don't travel in Volvos, BMWs, or Sport Utility Vehicles. Most Blues transportation is a Greyhound bus or a southbound train. Jet aircraft and company motor pools ain't even in the running. Walkin' plays a major part in the blues lifestyle. So does fixin' to die.

6.
Teenagers can't sing the Blues. They ain't fixin' to die yet. Adults sing the Blues. In Blues, "adulthood" means being old enough to get the electric chair if you shoot a man in Memphis.

7.
Blues can take place in New York City but not in Hawaii or any place in Canada. Hard times in Minneapolis or Seattle is probably just clinical depression. Chicago, St. Louis, and Kansas City are still the best places to have the Blues. You cannot have the blues in any place that don't get rain.

9.
You can't have no Blues in a office or a shopping mall. The lighting is wrong. Go outside to the parking lot or sit by the dumpster.

10.
Good places for the Blues:

d. Bottom of a whiskey glass

12.
No one will believe it's the Blues if you wear a suit, 'less you happen to be a old ethnic person, and you slept in it.

13.
You have the right to sing the Blues if:

a. You older than dirt

c. You shot a man in Memphis

d. You can't be satisfied

14.
You don't have the right to sing the Blues if:

a. You have all your teeth

b. You were once blind but now can see

c. The man in Memphis lived

d. You have a pension fund

15.
Blues is not a matter of color. It's a matter of bad luck. Tiger Woods cannot sing the blues. Sonny Liston could. Ugly white people also got a leg up on the blues.

16.
If you ask for water and your darlin' give you gasoline, it's the Blues

17.
Other acceptable Blues beverages are:

b. Whiskey or bourbon

18.
The following are NOT Blues beverages:

19.
If death occurs in a cheap motel or a Mississippi Delta shotgun shack, it's a Blues death. Stabbed in the back by a jealous lover is another Blues way to die. So is the electric chair, substance abuse and dying lonely on a broke-down cot. You can't have a Blues death if you die during a tennis match or while getting liposuction.

20.
Some Blues names for women:

22.
Persons with names like Michelle, Amber, Debbie, and Heather can't sing the Blues no matter how many men they shoot in Memphis.

24.
I don't care how tragic your life: if you own even one computer, you cannot sing the blues
Posted by Granny Annie at 5:37 AM 37 comments:

We had not lived here very long when Slim showed up. She was running with a pack of strays and she was a little less than 6 months old. She almost looked black because she was a tick-infested, scrawny, walking rib-cage of a puppy that moved in through a hail of pellets to become our beloved pet. One of her parents had to be a BMC (Black Mouth Cur) because she has all the characteristics. Slim was/is a good, good beautiful smart doggie!

Ron tried to chase her off in April, 2006, with the other strays but even with pellets flying toward her she got into a crawl and kept on coming. Finally Ron said, “Okay, you can stay.” That was almost nine years ago.

We got her all cleaned up and vet checked but we debated making her a house pet. Ron did not want a dog in the house. He knew she was a good dog by her build and she would make a wonderful farm dog. She was so friendly and happy, I loved her from the get-go and she started right in helping me herd the chickens.

My mom died in 2007 and then next thing I knew, Slim was in the house. Ron simply opened the door to her, knowing she would be a wonderful comfort to me at that time. She is such a good girl and I am always proud when friends and family brag about how smart she is.

Yes she is smart and so was Ron to recognize her determination to join our family. She remains my best friend especially now that Ron is gone too and we miss him together.

And they dare to call themselves "service providers"!! Today, after taking most of the day, DISH repaired my internet service.  This had to be done by replacing my old Wild Blue equipment with the new Excede and forcing a change to a type of service I really did not want.  This cure was finally determined after a couple of months of trying to repair my existing service.

So the technician left me today a happy camper with faster service and best of all working service even in a winter blizzard.. And now for the kicker.

When they changed out the equipment they completely deleted my old email and all the attached documentation.  My friends emails, my medical info, my brokerage, my prescriptions, my saved order records, my church group emails, and the saddest of all, the remaining final emails under Ron's old account.  All  the addresses of his Navy buddies, etc.  All gone.  When I called DISH I was told that their reps have a checklist that includes that information so I surely was told.  I doubt that is a detail I would have forgotten.

I am still in shock with the simple response from DISH.  "It is gone. There is nothing we can do."  All of my dish mail account information is gone, the account is gone, Ron's account is gone.  We all know the television sleuths manage to restore that kind of data all the time so surely DISH can too.
Posted by Granny Annie at 3:09 PM 36 comments:

OVER THE RIVER AND THROUGH THE WOODS


WHAT DO YOU
MISS THE MOST
FROM YOUR CHILDHOOD HOLIDAYS? 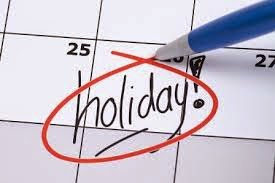 Our health week will not end until tomorrow but I will go ahead and give a summary today since tomorrow will be too busy. (We both have the Galaxy S5 phone and use the S-Health program to set and track all our goals.  It is amazing.)

My sister has been a wonderful coach and inspiration these 6 days.  We have set a daily calorie goal and have not exceeded one time.  We also have walking goal and have exceeded that each day which is a good thing.
We have also worked together around the property and caught up on chores which hasn't hurt a bit.

The plan was to change our eating habits and I believe we both have.

Today we will make a large batch of the cabbage soup for me.  She brought some we have shared this week and it has virtually no calories, is delicious and can satisfy sudden cravings so you don't go overboard. (You might be able to guess there is a slight negative to that soup...)

Parting tomorrow will NOT be sweet sorrow, just sorrow.  We will be on our own to continue the success we have had. I believe we will do it.

Health and habit change has been more important than weight but I have lost 5 pounds.  WhooHoo!  Plus we both feel great!
Posted by Granny Annie at 6:55 AM 49 comments:

BEAUTY IS ONLY SKIN DEEP 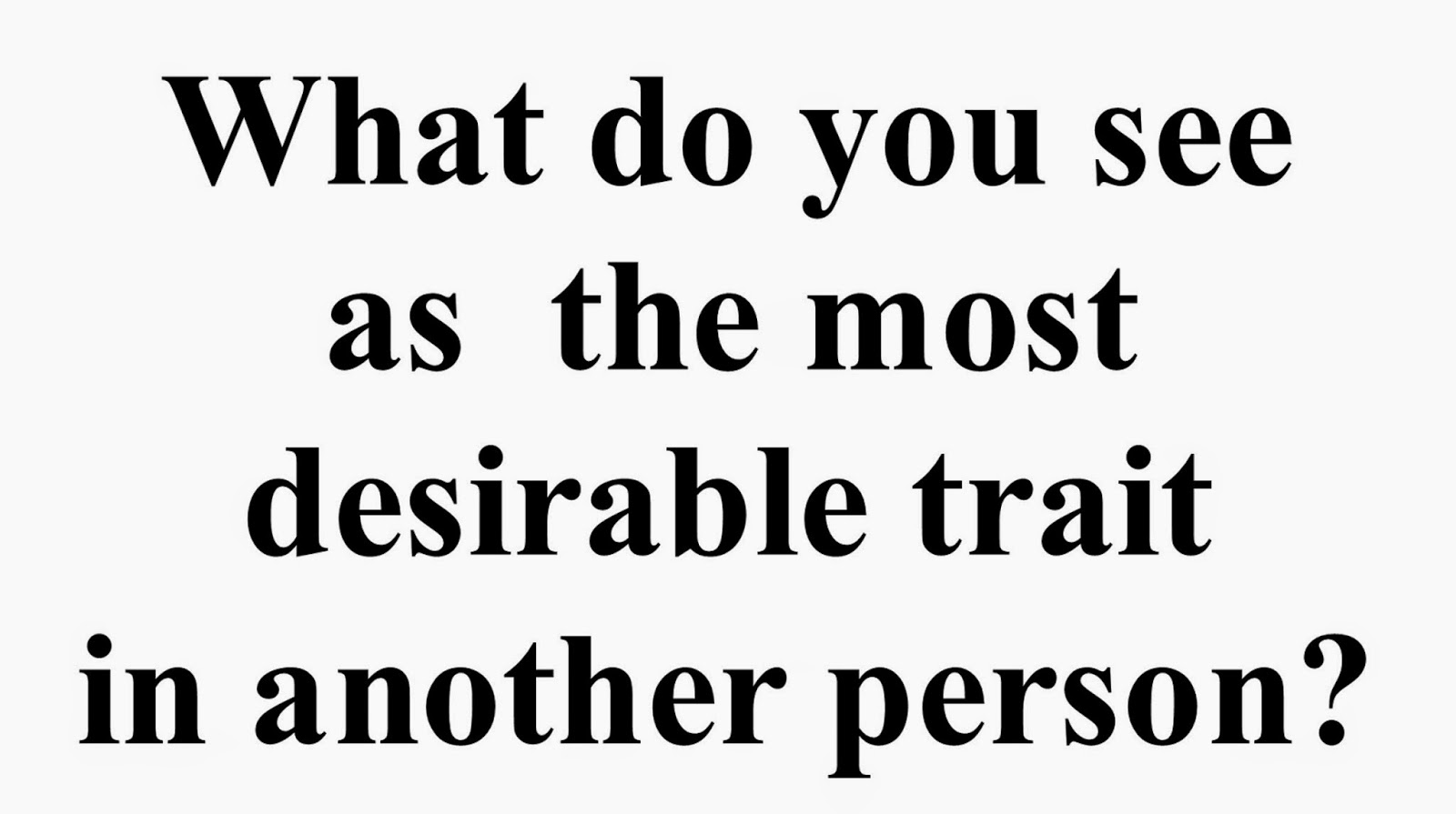